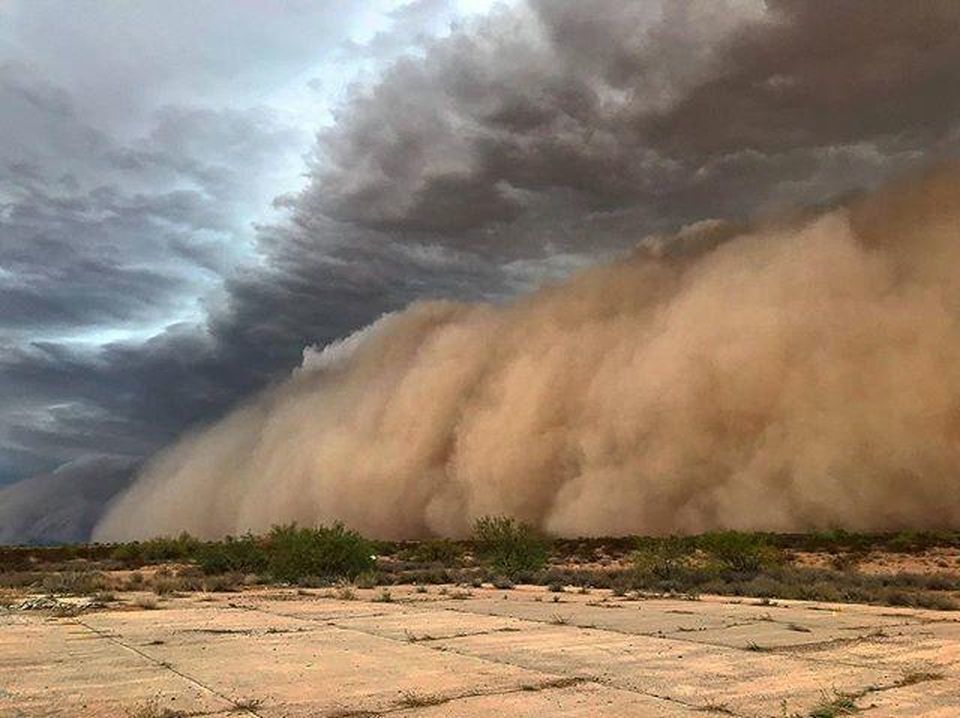 Over this past New Years holiday, I was at Passion 2020. There, at the Mercedes-Benz Dome in Atlanta, Georgia, were gathered 65,000 people to ring in the new year with worship and preaching. It was so encouraging to go into a new decade singing the praise of God with his people.

All of the speakers at this conference were phenomenal, but there was one message that really stood out and impacted me. This message was given by Levi Lusko. If you have not heard of Levi, I would highly recommend looking into his material. He has many fantastic sermons and books.

On New Years Eve, Levi got on stage to preach the first message of Passion 2020. It must be super intimidating to be the first speaker of such a massive gathering.

I was absolutely enthralled with the story that Levi told. He told the story of the Dust Bowl. No, the Dust Bowl isn't a big college football game. The Dust Bowl was a great American tragedy that took place in the 1930's.

During the Dust Bowl, massive dust clouds would swoop in on towns and cities unexpectedly. They would block out the sun and they would have enough grit to take the paint off your car. At the end of these storms, families would literally have to scoop the dust out of their homes. Everything would be covered in dust. Kids had to walk to school with masks on just so they wouldn't be harmed by breathing. Countless people suffered from what was called dust pneumonia, and many people lost their lives to this.

The dust bowl affected mostly the Midwest and lower Midwest. In the worst regions, dust storms would form several hundred miles wide and desecrate anything in their wake. The greatest tragedy of the Dust Bowl is that this was man-made. All of the dust storm destruction could have 100% been avoided.

Because of the Homestead Act, anybody who was willing to move west was able to get land. The Homestead Act was passed in 1862, so all of the good, rich land was taken by the 1920's.All that was left were the grassy plains of the Midwest.

Thanks to John Deere, the combine and tractor was available to everyone now. So brave farmers trekked west to claim their land. When they got there, they started to dig up the prairie grass so that they would be able to plant wheat. They didn't know that what they were doing would have major consequences.

Eventually, drought came and dried the land out since there was no prairie grass with deep roots in the ground. This is what caused the dust to form and thus lead to the "Dirty Thirties." The acts of the farmers in the 20's led to the tragedies of the 30's.

When Levi made this point, I was greatly encouraged and challenged. He said, "You don't have to have Dirty Thirties if you live purely in your 20's."

I believe that this does not only apply to those that are 20 years old. I was challenged to think of the coming decade. What we do in this decade is going to affect the 2030's.

I think that this is great for all of us to think about. In this coming decade, we are going to do things that will either positively or negatively affect the following decade. What we sow, we will reap.

I pray that as a church and as individuals, we will start to be intentional about using what we do in the here and now to positively impact the Kingdom of God in the future. Let's start to remember that we can sow seeds now that will one day reap a fruitful harvest for the Kingdom.

Let's live intentionally for the fame of Christ in the 2020's so that we don't see a spiritual dust bowl in the 2030's.