NEWS ALERT Services Online - Sunday at 9am & 11am 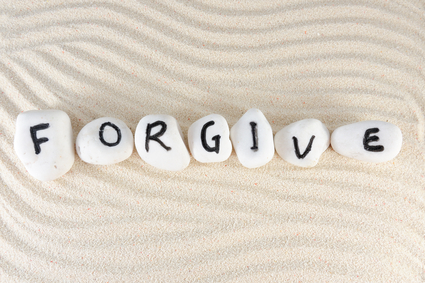 Forgiveness might be one of the simplest, yet often either forgotten or ignored, ways we can love one another.  C.S. Lewis said in Mere Christianity that “Everyone thinks forgiveness is a lovely idea until he has something to forgive.”  That rings painfully true still to this day.  To be forgiven for your shortcomings, sin, faults or mistakes is freeing.  Who doesn’t want to be forgiven?  But to forgive someone else is not always the easiest thing to do.

I could spend a lot of time writing about all of the reasons that forgiving others should be something we as followers of Christ should do daily, but as C.S. Lewis already established, I don’t believe that people have a hard time getting on board with the idea of forgiveness.  I will point to a verse in Colossians, just to make sure we are all on the same page.  Paul says in Colossians 3:13,

“Make allowance for each other’s faults, and forgive anyone who offends you.  Remember, the Lord forgave you, so you must forgive others.”

Paul is about as clear as you could be, God forgave us, so why would we ever think it was okay to not forgive someone else?

Now that we are all on the same page about why forgiving is important  in theory, let’s talk about two key hurdles the person forgiving has to cross in order for forgiveness to be the freeing experience it can, and should be.

We have to be okay that the outcome may not be “fair”, or what we wanted.  Growing up there were so many times that I said “I forgive you” to my sisters for whichever evil little sister thing they did that day.  But I am not sure I really forgave them because I still wanted to get even. As Lewis Smedes writes in Shame and Grace, I wasn’t okay with the score being left untied.

When someone has wronged us, it is easy to make them out to be this horrible person who has the worst motives and tendencies of anyone we’ve ever met.  We think, if they are capable of this, then they must also be capable of these other terrible things.  Obviously that is unfair and not the way we should think about anyone, even if they are the worst.  Part of the process of forgiveness has to be taking the image of the person you have created and putting it back in its proper perspective: they are simply a flawed human being who messed up just like you and I.

I think more than anything else, these two hurdles are why we are so bad at forgiving people sometimes.  Too often we get this unbiblical idea in our head that things have to be even or that we are allowed to get revenge when we are wronged.  And/or we have made this person who wronged us out to be some kind of terrible person in our head but we never restore them back to the flawed, but certainly not a monster, person that they are.  If we can all do better at not just saying “I forgive you" but actually forgiving people, I think we may find that we are actually the ones to benefit the most from the freedom true forgiveness has to offer.