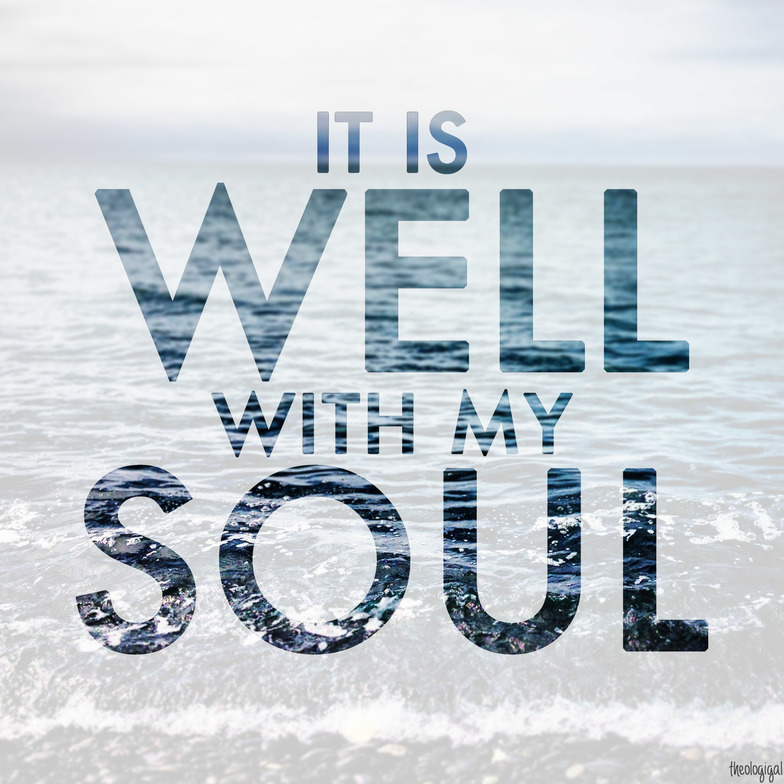 Whatever my lot, thou hast taught me to say

A hymn is “a religious song or poem of praise to God.”

Hymns have been around in the life of the church for a long, long time. They have been sung from the beginning of redemptive history.

Do you have a favorite hymn?

Mine is “It Is Well.” I love this hymn so much that I decided to tattoo it on my body. This hymn has given me hope throughout my walk with Christ.

The story of this hymn is amazing. The author of this hymn was Heratio Spafford. He was a successful businessman and lawyer in Chicago. His wife and children were travelling on a boat from the U.S. to Europe, when tragically, the ship they were aboard collided with another ship. The ship sank and took down 226 passengers, which included the four Spafford children. His wife, Anna, was miraculously found floating in the Atlantic near the wreckage and was saved. When she telegrammed Heratio, he immediately got on the next available ship to go to his grieving wife. When they had sailed to the spot where the ship went down and his daughters had perished, Heratio began to write this hymn. The very place where so much tragedy and heartache had taken place, was the place where one of the most famous, hope-giving hymns was written.

Sometimes, we as Christians can lose sight of who God is. We can become so overwhelmed by our situations that our view of God can become clouded. But we know and trust that our God is in control. No situation takes him by surprise. Nothing sneaks up on him. He is in absolute, sovereign control.

“And we know that for those who love God all things work together for good, for those who are called according to his purpose.” - Romans 8:28

We saw this theme as we walked through Romans 8 in our previous sermon series, More Than Conquerors. We saw in that passage that we can know that God is working all things out for good. He is not a God who does not have any control. He is in control of every single aspect of this universe. Everything from the stars to the dust particles are in their place because God put them there. He is also a God that cares about each and every one of us. He is near to those who call on Him.

As we walk through the uncertainty of life, let’s all strive to trust that God is working out his good plan in the midst of trials and tribulations.