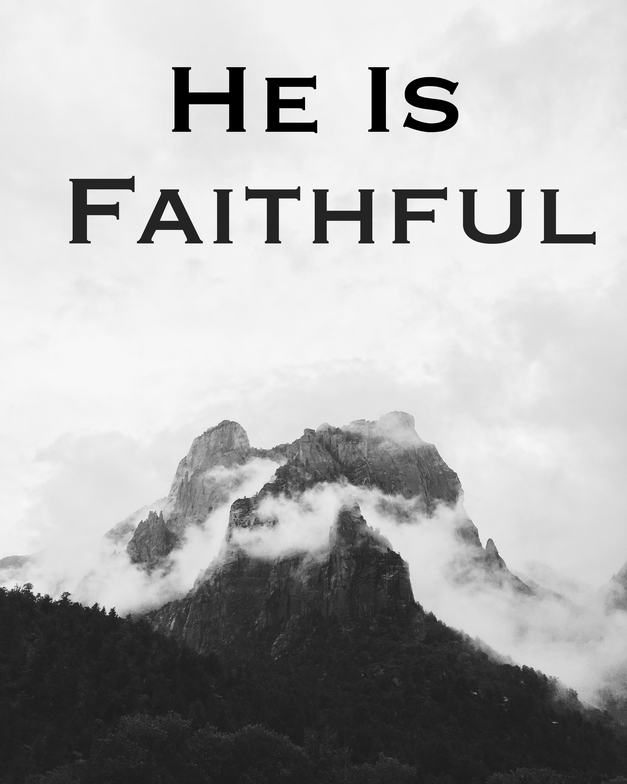 One thing you will learn about me is that I love to bring new music to the church. That may not be a shock to anyone considering my role, but it needs to be said. Psalm 96:1 says to do that very thing. Sing a new song to the Lord. New music always seems to bring out new themes in my life. This month I decided to incorporate a new song into our rotation of worship music. My goal with bringing new music is to always find a new way to worship the Lord, and I believe that this song does that. With all I want to pull back the curtain if you will, on how I came to pick this song out. I would also like to take a closer look at the lyrics, as simple as they are, to try and help connect the song with our church more.

A while back Luke, the former Worship Leader, Daniel, our keyboardist, Jonathan, our drummer, and I decided we wanted to get ahead on planning for the next worship night we had scheduled. We got together and started thinking up some themes for the night as well as songs we might want to do. The faithfulness of God was a theme we had surrounded out setlist with. As a group, we had this great idea of introducing a new song that night. We mulled over a few songs that had been sticking out to us lately, and ultimately made a decision.

At this point, I had never even heard Not Done Yet. I didn’t know it existed. On the way home that night, I had looked up the new song we had selected and just let my phone pick songs until I got home. The very next song I heard was Not Done Yet. It struck me. The lyrical content was simple, but powerful. I immediately called Luke, told him about the song, and he told me if I sang it, we would put it in the setlist. We ended up having to push back the worship night to a later date, and never did Not Done Yet as a result. However, this idea that the Lord isn’t done yet, stuck with me.

Fast forward a week, and I had officially taken over as Worship Leader. I knew I wanted to bring in a new song before we started the Christmas season. So, I brought a few options to the band of potential songs that we might do. Not Done Yet was in that list. The simplicity of the song really resonated with the band. It was easier to sing, and it isn’t a hard concept to sing about. So, I put it in the rotation for November.

The idea of simplicity makes me laugh when it comes to this song. It was anything but simple to bring it to the stage. It seemed like it was never going to happen. I had to put the idea on the back burner for a minute to make sure it was what the church needed to sing about. So, when I heard the band talk about its simplicity I just smiled.

So, what makes this song so great? Why did I pick it back up after it got dropped? I’m glad you asked. The lyrics of course. Singing about the Lord’s faithfulness is something that I enjoy doing. If I had to place a bible verse on what this song holds for us it would have to come from Hebrews. Let us hold unswervingly to the hope we profess, for he who promised is faithful. – Hebrews 10:23. I think this sums up the song well. We can hold on to the fact that the one who has promised is faithful to keep those promises.

The first verse is one I want to focus in on for just a second. It mentions that He is the God of the rescue. God has rescued us from our sin, and an eternity separated from Him through what Jesus has done on the cross. This is what it’s all about. It’s why we sing.

God of the promise, God of the future / You see beginning and end / God of the rescue, God of the breakthrough / How great is Your faithfulness / You're not done yet

The Chorus of the song is just as simple. It is straight form scripture. But, as it is written, ‘What no eye has seen, nor ear heard, nor the heart of man imagined, what God has prepared for those who love him” – 1 Corinthians 2:9. What a cool picture we can sing about. This idea that greater things are still ahead. God has prepared something beyond our imagination. He is true to His word and that is what we stand on.

No eye has ever seen, no ear has ever heard / No one could ever comprehend / Your word will be enough, Your promise we will trust / Greater things are still ahead / You're not done yet

As we sing this song in the future, I hope that it brings just as much encouragement to you as it has to me. He is not done working in your life. He has a plan far greater than we can imagine. He is faithful to us even though we don’t deserve it. He is not done yet.